There is this old computer game, called Dune 2. It's one of, if not, the first real-time strategy games ever made. It's based in the universe of "Dune", by Frank Herbert. I thought it would be interesting to take something out of Dune 2, and give it a somewhat higher resolution. That's why I decided to model the harvester, a key element of the game and the universe, as shown in the game. It's not an exact replica; I took an artistic license and modified the design somewhat. Also, the Dune movie, miniseries and computer game "Dune 2000" show a completely different design, which may explain the possibilty that you don't recognize it. Neither of these versions look like how they are described in the book. The book describes them as "a giant tan and blue beetle with many wide tracks extending on arms around it, with a giant inverted funnel snout."

There are some improvements I could make, but for now, I'm calling it finished. 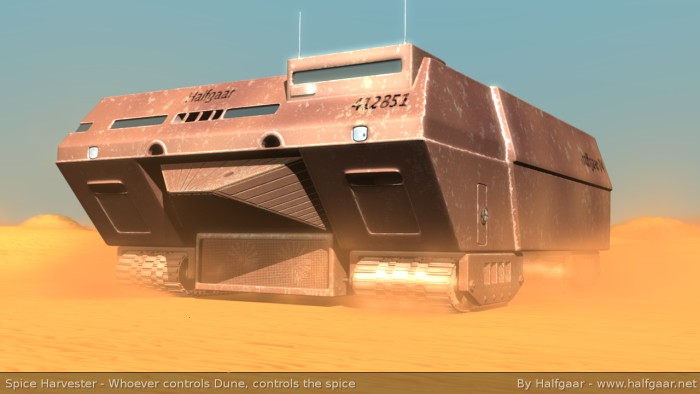