The direction of airflow is a highly discussed topic on forums and hardware websites. The most commonly held opinion, is that because the amount of air which passes through the cooling fins is the same either way, it should not make a difference. I decided to perform some tests to seperate fact from fiction.

As a source of heat, I used ten 3.9 Ohm 5 Watt resistors. I wired two banks of five of them in parallel. This gave me 9.75 Ohm with a maximum loading of 50 Watts. The resistors were semi-glued to the heatsink with Arctic Céramique. This thermal paste only liquifies the first time it warms up. When it cools down again, it stays solid, acting as glue. At least, enough for this experiment. It's no subsitute for thermal epoxy.

I determined that I could safely run 10 Watts through each resistor when they were mounted on the heatsink. I therefore had a load which could handle 100 Watts. This was enough heat for my test. The following image shows the heatsink with the resistors attached to them: 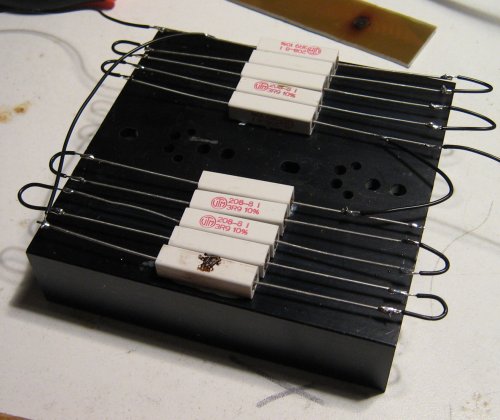 This is how I cooled the heatsink: 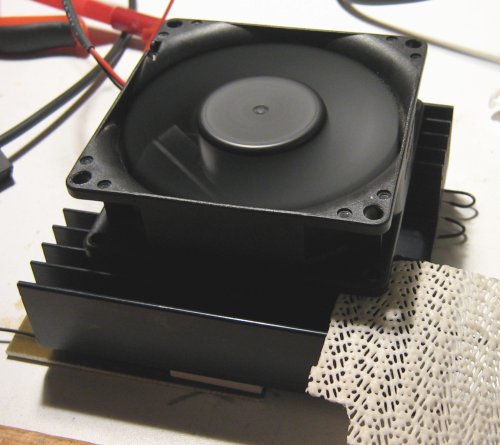 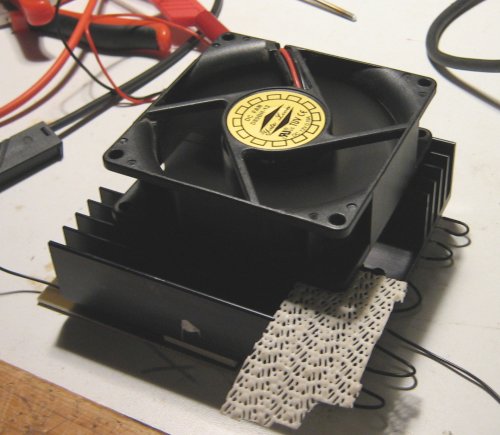 I measured the temperature of the heatsink with a thermocouple on the side, with some thermal grease on the tip: 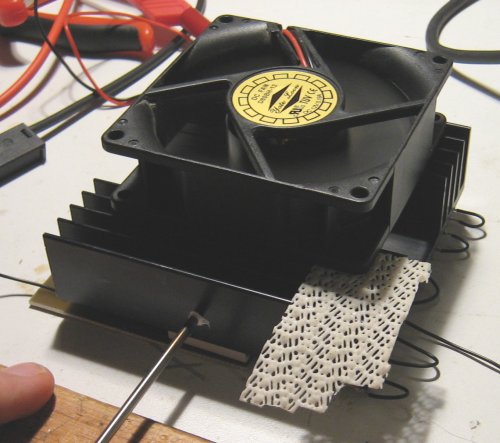 The following table shows the results of the test. Every measurement was taken after the temperature had stabilized. I didn't let the temperature of the heatsink without fan stabilize, because it was getting to hot for my taste, and I started smelling something burning...

And of course, I can't leave out this magnificant remark by Rod Elliott:

If your spoonful of soup is too hot, do you blow or suck air across the spoon? I rest my case.